Charter a private jet in Stamford: 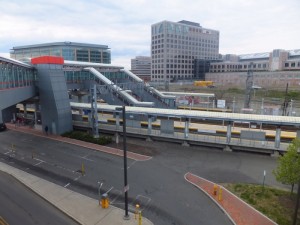 Located in Fairfield County of Southwestern Connecticut, on the Long Island Sound, Stamford lies 25 miles northeast of New York City, 40 miles southwest of New Haven, and 90 miles south of the Connecticut state capital of Hartford. It was founded in 1641, and began as a farming community and developed in the 18th and 19th centuries as an industrial center. Nowadays Stamford is a financial, trade and services industries center that has many Fortune 500 companies headquartered there. Stamford is a home to St. Basil’s College, and three college campuses including branches of the University of Connecticut, University of Bridgeport and Sacred Heart University. Unique New England heritage, panoramic views, cultural scene and fine arts, eclectic cuisine, unique antique shops, and bustling cosmopolitan center, make Stamford an enjoyable destination for tourists from all parts of the world.