The Cessna Grand Caravan (208B) is a single-engined turboprop produced by Cessna in Wichita, Kansas. The newest model, the Grand Caravan EX, was released in 2012 and features and upgraded and significantly more powerful Pratt & Whitney turboprop engine, the PT6-140 and the latest avionics standard.

The Cessna Grand Caravan has been known for decades for its dependable and efficient performance worldwide. The Grand Caravan EX was engineered for the most challenging missions, high payloads and short, rough runways while delivering single-engine economy and simplicity. 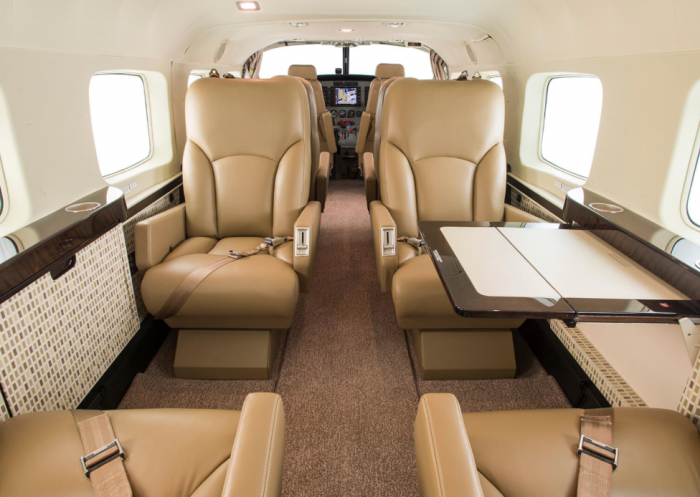 The Grand Caravan EX outperforms many other single-engine turboprops, no matter the conditions are. With a range of 900 nautical miles, a max cruise speed of 195 knots and useful load of more than 3,500 pounds, the rugged, versatile Grand Caravan EX gets in and out of tight places with short runways.

The aircraft’s comfortable and highly adjustable seats are upholstered in soft leather. There is bright LED illumination for when it gets dark, and with a cabin as quiet as those of a light jet it is the perfect aircraft for safe comfortable travel.

For more information on chartering the Cessna Caravan EX, price out your flight here for an instant quote.