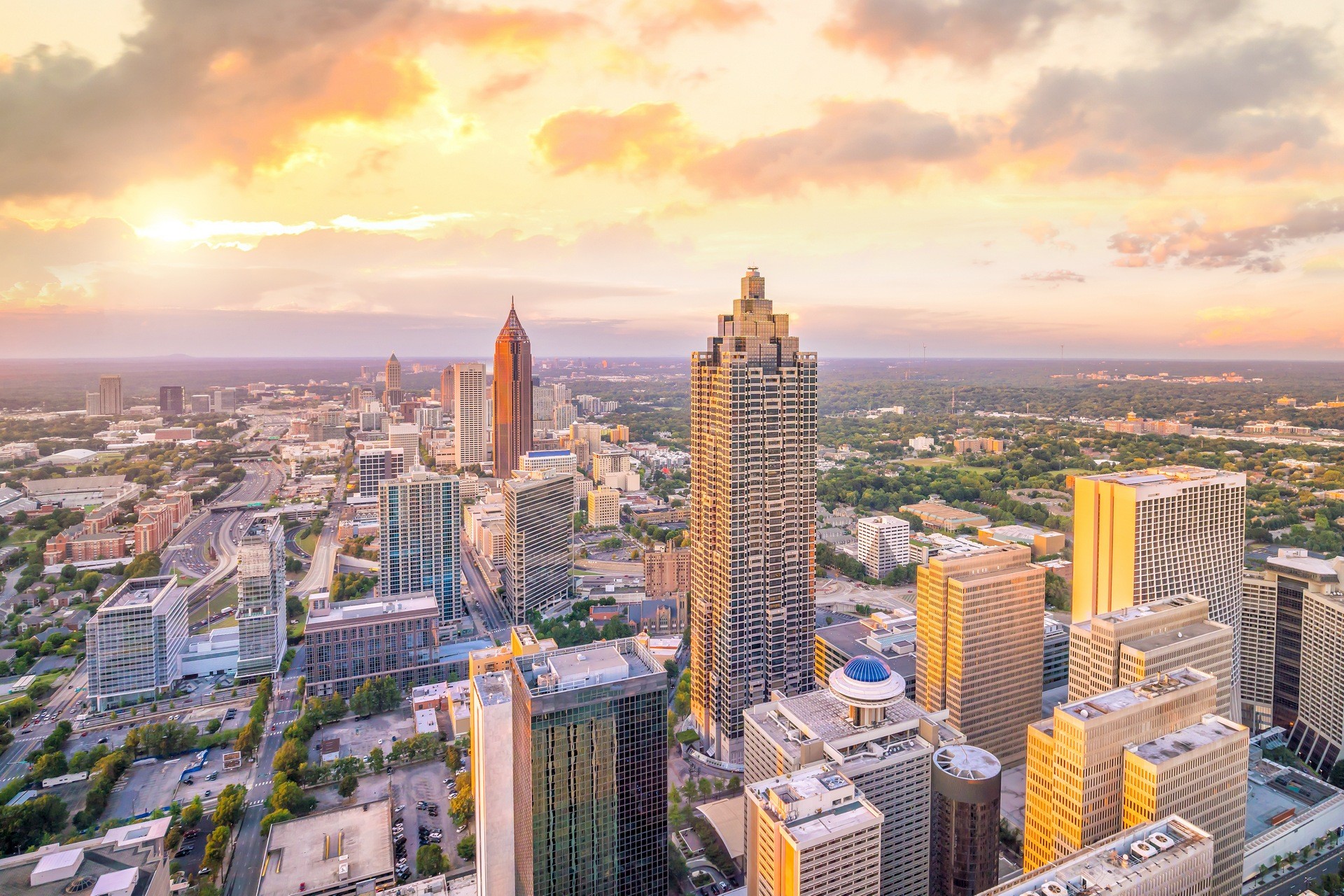 In the southeastern United States lies the great state of Georgia, named after the British King George II. It is a region of contrasts, which makes it especially attractive for travel; in the northern part, there are mountain ranges, including national parks.

Attractions that lure visitors to Georgia range from the world’s largest aquarium to cute little antebellum cottages. Start the journey in the capital, Atlanta, which is world-famous for its parks and skyscrapers. The city’s main attractions include the largest oceanarium in the Western Hemisphere, the extensive Jewish Heritage Museum, and the Coca-Cola Beverage Museum, invented in this region. Atlanta’s main street is called Peach Street, as the state is a leader in the United States in growing this fruit. The next major city, Savannah, has gained fame as one of the most welcoming cities in the world; here, it is possible to visit Forsyth Park, fashionable boutiques, old houses, and even haunted houses.

There are several mountain preserves, the most famous of which are Black Rock Mountain and the Chattahoochee National Forest. One of the largest in the United States, Okeefinokee, is also located here in southeast Georgia in a wetland considered one of the seven natural wonders of the region. Each year the state hosts the International Poultry Fair, a large-scale celebration with exciting entertainment.