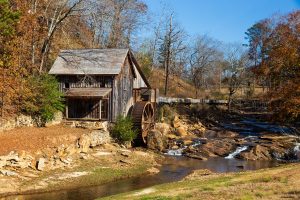 Nestled near the heart of Cherokee County, Canton is the county seat of and a fast-growing city in Cherokee County, with an estimated population of about 26,340 people. Canton is located south of the city of Ball Ground and north of the city Holly Springs, and provides a quick access to a host of attractions and opportunities. Since the city lies in the foothills of the majestic Blue Ridge Mountains, there are tons of outdoor activities to enjoy.