Charter a private jet in Savannah: 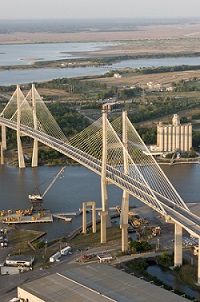 Monarch Air Group offers air charter services to and from Savannah, GA, USA. Savannah is the largest city and the county seat of Chatham County, in the U.S. state of Georgia. With Southern hospitality, beautiful historical landmarks, and flourishing gardens Savannah is known as the hostess city of the South.

Savannah has something to offer for everyone from strolling through Savannah’s picturesque squares, enjoying the expansive porches by rocking the day away, or walking along River Street to shopping the City’s market and eating at one of its many 5-star restaurants.