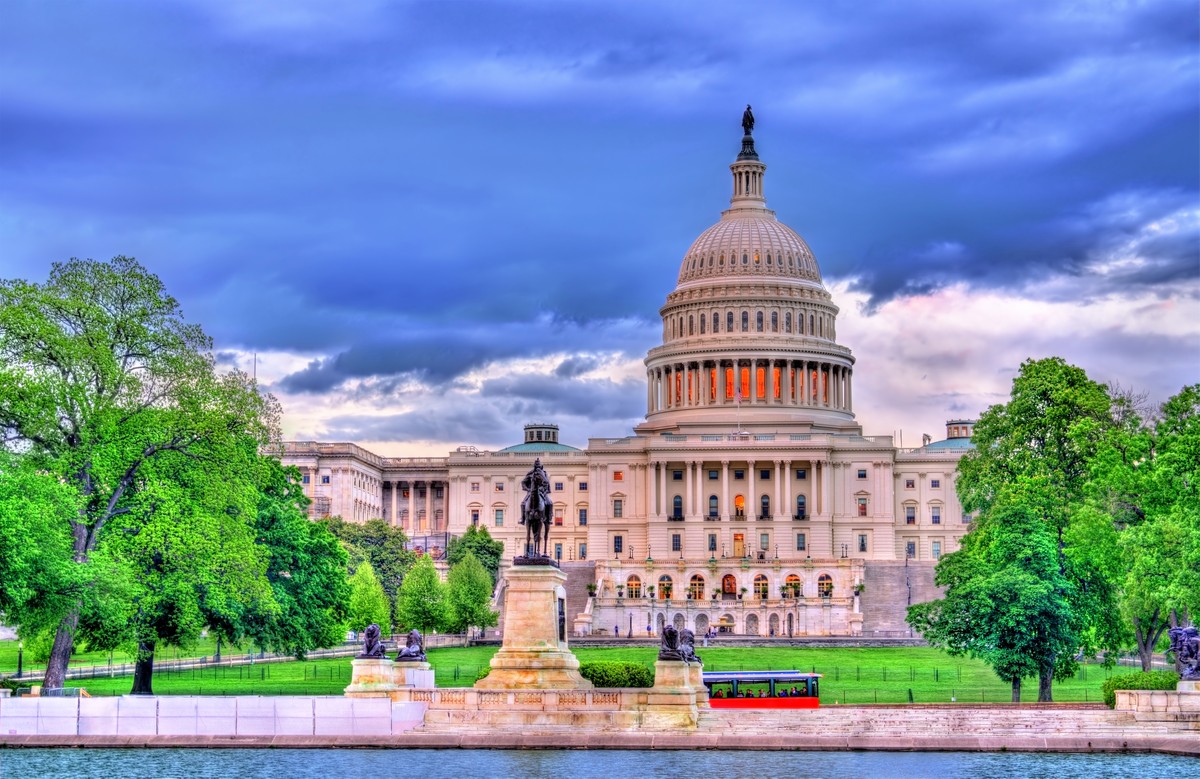 The U.S. capital, Washington, D.C., is the epicenter of United States political activity as home to the U.S. Congress and President of the United States. A steady flow of politicians, lobbyists, business executives and government officials travel to and from Washington each day through Washington Dulles International (IAD) and Ronald Reagan Washington National Airport (DCA).

For nine consecutive years, Washington, D.C. has seen a record number of visitors, reaching nearly 22 million visitors in 2018, of which 61% were leisure travelers and 39% were business travelers.

With so many leisure activities and sights to see, this city that celebrates arts, culture and history in a distinctly patriotic way. Top recommended sights for private jet passengers include:

The iconic Capitol building is among the most recognized buildings in Washington, D.C. The building’s neoclassical architecture was designed by Dr. William Thornton, a Scottish-trained physician from Tortola, British West Indies.

Thornton’s plan depicted the Capitol building with three sections. The domed center section is flanked by buildings for the Senate and the House of Representatives. President Washington threw out all other proposals for the design of the Capital and chose Thornton’s plan for its “grandeur, simplicity and convenience.” Since its original construction began in 1793, the U.S. Capital building has stood as a symbol for the determination and resiliency of the American people and its government.

The Smithsonian Institution is among the most iconic museums in the world. The museum’s collection reflects the immense cultural diversity of the US and significant objects from cultures around the world. Among the most viewed artifacts are the Star-Spangled Banner and ruby slippers worn by the protagonist Dorothy in the Metro-Goldwyn-Mayer’s musical film, The Wizard of Oz.

Dedicated in 1922 after eight years of construction, The Greek Doric memorial was designed by Henry Bacon and built to honor the 16th President of the United States. The memorial is located on the western end of the National Mall in Washington, D.C., across from the Washington Monument. The temple contains a large seated sculpture of Abraham Lincoln and inscriptions from two of his famous speeches, The Gettysburg Address and Second Inaugural Address. A site for many famous speeches, this is where Dr. Martin Luther King, Jr. delivered his “I Have a Dream” speech on August 28, 1963, during a rally on Washington for American jobs and freedom.

Art enthusiasts will enjoy visiting The National Gallery of Art and its attached Sculpture Garden. Established privately in 1937, The Gallery is located on the National Mall, established for the American people by a joint resolution of the United States Congress. American banker and philanthropist, Andrew W. Mellon donated a substantial art collection and funds for the construction. The Gallery’s extensive collection of art traces the development of Western Art from the Middle Ages to the present.

A favorite museum of aviation enthusiasts, The National Air and Space Museum of the Smithsonian Institution, also called the Air and Space Museum, was established in 1946. Its main building opened on the National Mall near L’Enfant Plaza in 1976, with more than 60,000 artifacts that document the richness of the history of flight. Among the most famous objects are the Wright Flyer and the Apollo 11 Command Module “Columbia,” the section of the spacecraft that served as the living quarters for the three-person crew during most of the first manned lunar landing mission in July 1969.

A highlight of a visit to The Library of Congress is the awe-inspiring Great Hall of the Thomas Jefferson Building. The hall rises from a marble floor to a 75-foot stained glass ceiling.

One of the most popular green spaces in Washington, D.C., the National Mall is an area where you can walk around to visit several attractions without the need to travel around the city. The National Mall is one of the most photographed locations in the city, especially the Lincoln Memorial reflecting pool at its center. The pool measures 2,029 feet long and 167 feet wide.

Depicting 19 soldiers on the combat field, the Korean War memorial honors veterans with a Pool of Remembrance and the triangular Field of Service.

The Jefferson Memorial is a presidential memorial built to honor the founding father of the United States and founder of the Democratic-Republic Party, Thomas Jefferson.

10. National Museum of the American Indian

Part of the Smithsonian Institution, the National Museum of the American Indian, has artifacts that include art, handmade, painted and woven cultural objects from Native Indian communities in the Hemisphere. The museum is committed to advancing the knowledge and understanding of Native culture. The museum collections were assembled in the original Museum of the American Indian in the George Gustav Heye Center in lower Manhattan, adjacent to Battery Park. 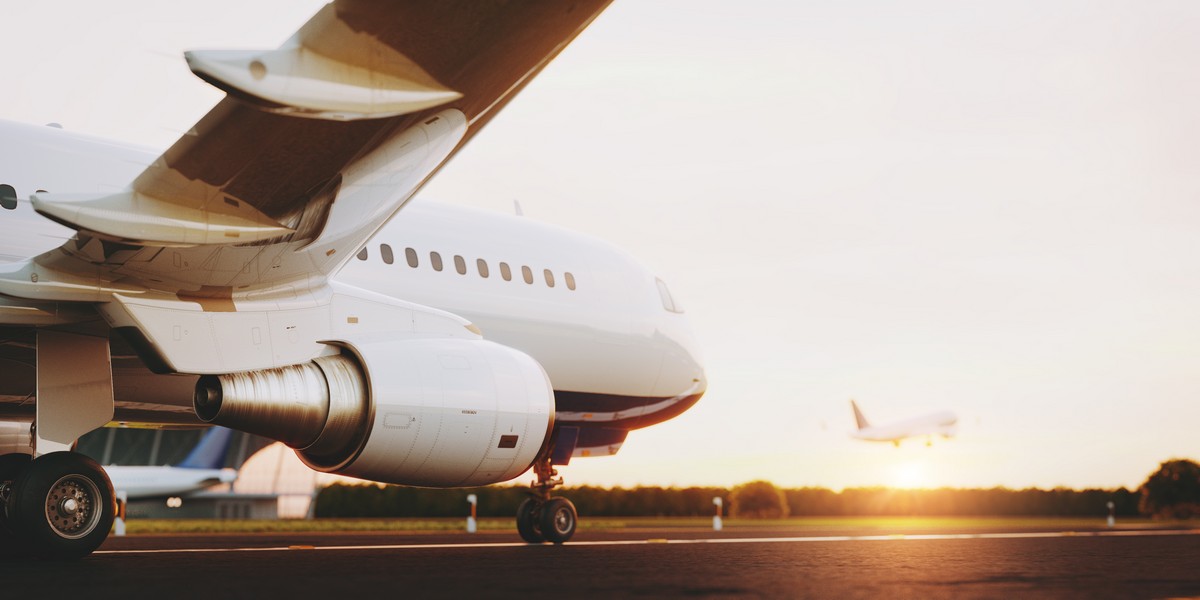 Your private air charter to Washington, D.C. will be a smooth, productive flight in the G450, a jet that has earned a reputation for its reliability, speed and versatility. The Gulfstream G450 can carry up to 19 passengers comfortably in its spacious, luxurious cabin, equipped with three distinct living areas.

With its coast-to-coast range of 3,276 miles, Cessna’s Citation Sovereign provides clients with a superior private flying experience. The Sovereign has an excellent takeoff capability and enhanced technology features and a generous baggage capacity of 135 cubic feet.

The Hawker 850XP offers the ultimate combination of performance and utility. The 850XP can fly passengers up to 2,642 nautical miles at a maximum altitude of 41,000 feet and 49 cubic feet of baggage capacity.

Midsize jets typically seat up to 9 passengers, include digital entertainment, a galley and Wi-Fi for in-flight entertainment.

Embraer’s Phenom 300 has a combination of speed, efficiency and range of more than 2,268 miles. The elegant design of the Phenom 300’s cabin interior features comfortable seating configured for productive meetings or relaxation.  With a baggage capacity of 76 cubic feet, passengers will rest assured they will have everything they need for their stay in Washington, D.C.