Monarch Air Group provides private air charter in Indianapolis, IN. Our clients benefit from top-notch service, unrelenting dedication to safety, wide selection of aircraft, and years of experience in chartering private jets. To obtain a free quote, please use our online quoting tool provided below, or call toll-free 1-877-281-3051. 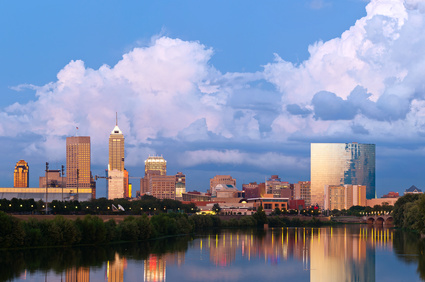 Monarch Air Group offers private jet charter services to and from Indianapolis, IN USA. Indianapolis is the capital and the largest city in the state of Indiana.

Known as the “Racing Capital of the World”, Indianapolis is home to the Indy 500 and Brickyard 400. Indianapolis was ranked 13th out of the nation’s largest cities and is home to nine institutions of higher education and a vibrant nightlife. Annually the city hosts many sporting and business events. There are a great variety of attractions, beautiful cultural buildings, dining options, and festivals that make it nice place to visit.