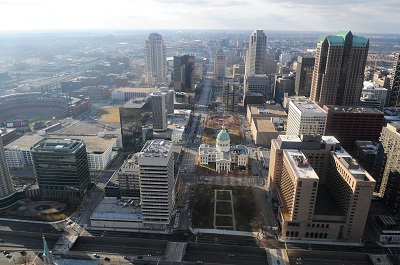 Located 235 miles east of Kansas City and 105 miles east of the state capital of Jefferson City and, Saint Louis is a city in eastern Missouri, on the Mississippi River just south of its confluence with the Missouri River. St. Louis is the second largest city in the state of Missouri, and an important financial and commercial center of the region. The St. Louis area is home to nine Fortune 500 companies, including Express Scripts, Monsanto, Ameren, Charter Communications, Emerson Electric, Graybar Electric, and Centene.

The city has something for everyone, from cruising down the mighty Mississippi River to walking through the Missouri Botanical Garden. St. Louis is an important touristic centre of USA. The city is served by St Charles County Smartt Airport (SET), Lambert-St Louis International Airport (STL) and Spirit of St. Louis Airport (SUS), which provide business and leisure charter flights to travelers from all over the world.