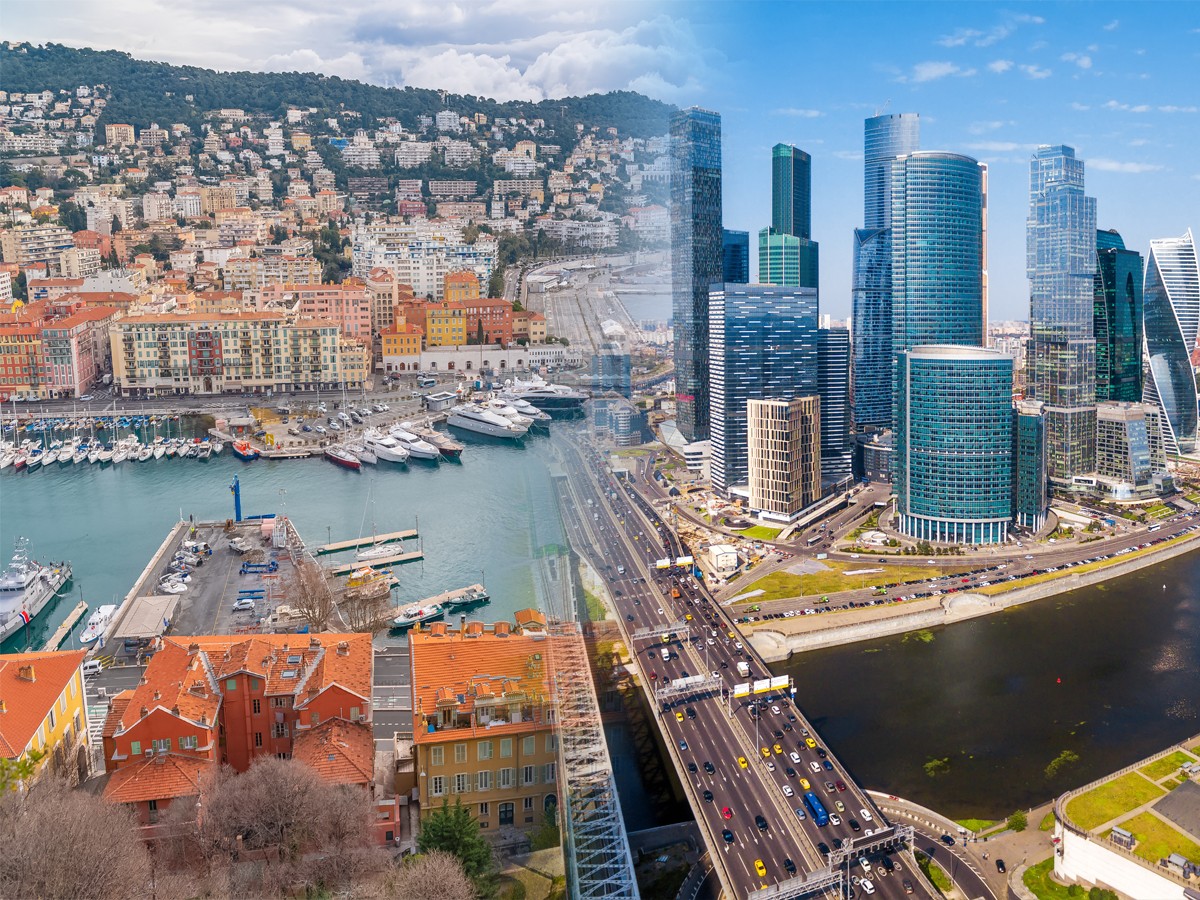 The story of Moscow began more than eight centuries ago when it was founded as a small town on the Moskva River. Since then, it has grown into one of the most economically powerful and most populous cities in the world. Moscow is home to global leaders in the financial, manufacturing and technology industries. A European cultural capital, the city attracts nearly 20 million visitors each year. One of the most picturesque cities in Europe, Moscow’s most recognized landmarks include Saint Basil’s Cathedral, a 450-year-old structure with colorful onion-shaped domes and the Moscow Kremlin, the seat of power of the Russian government.

Private Jet Charter from Nice to Moscow: An Immersion in Russian Culture and Modern Living with World-Class Dining, Entertainment and Shopping

What Airport Should I Use for My Private Charter to Moscow?

When booking your private air charter service from Nice to Moscow, three airports are conveniently located close to Moscow.

Heavy jet options for private charters from Nice to Moscow include the Gulfstream G650, Dassault 7x and the Falcon 900 LX.

The Gulfstream G650 has a range of 3,600 miles. The aircraft cabin represents the pinnacle of interior cabin design with comfortable seating for up to 15 passengers for the private charter flight to Moscow.

The Dassault 7x is one of the top performers in Dassault’s business aviation fleet with its trijet design. This jet offers the ultimate in flexible configurations for business executives whose travel time is geared toward a high level of productivity.

Super Midsize jets including the Gulfstream G280, Dassault Falcon 50EX and the Hawker 1000 are frequently selected for the route from Nice to Moscow.

The Gulfstream G280 is designed to be agile in its performance with a range of 3,600 nautical miles and a maximum speed of Mach 0.85. The cabin has a total volume of 1,157 cubic feet and can be configured with up to two living areas.

Dassault’s versatile Super Midsize Falcon 50EX is designed for productive in-flight meetings and quiet zones for privacy and relaxation. The cabin’s typical configuration is for 9 passengers.

The Hawker 1000 is a popular Super Midsize aircraft with charter clients who prefer a spacious cabin width at 6.5 feet and a range capability of up to 3,400 miles.

The Learjet 60XR is a great option for the flight to Moscow for its efficiency and comfort. Cabin seating features include full recline capability to maximize passenger relaxation.

The Gulfstream G150 outranks its competitors in the Midsize class with a top speed of 543 mph. Typically configured for up to seven passengers, the G150 is a fuel-efficient option in this category.

The Citation XLS+ has a fast climb rate, a beneficial feature for private jet charterers because the jet can operate out of smaller airports that are closest to the most efficient arrival and destination points in the client’s itinerary.

All midsize jets typically seat up to 9 passengers and include digital entertainment, a galley and Wi-Fi for in-flight entertainment.

In conclusion, more than eight centuries of history define the global capital of Moscow. The city’s most iconic buildings, including St. Basil’s Cathedral with its Russian architecture and the Kremlin’s mix of Byzantine and Pagan architecture reflect the city’s unique heritage. A leader in the global economy, Moscow’s International Business Center is a destination for business executives. The city of Moscow is an unforgettable immersion in centuries-old history and modern living with world-class dining, entertainment and shopping.