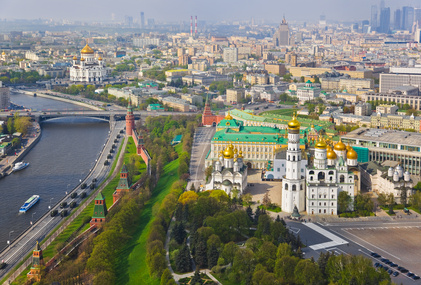 Situated on the Moskva River in the Central Federal District, Moscow is the largest city and the capital of Russia. It serves as the political, scientific, and business centre of Russia demonstrating the country’s abilities at their most extreme. Moscow has long, rich history and strong traditional heritage, and attracts both business and leisure travelers from all over the world. There are many historic monuments, wonderful museums, unique galleries, breathtaking churches and cathedrals, and beautiful parks. Moscow is home to the Red Square and Kremlin. The most popular tourist attractions include Bolshoi Theater, the Poklonnaja mountain, St. Basil’s Cathedral, State Tretyakov Gallery, Cathedral of Christ the Savor, Novodevichy Convent, State Museum of the East, Mausoleum, Kuskovo Estate, and Palace of the Romanov Boyars.