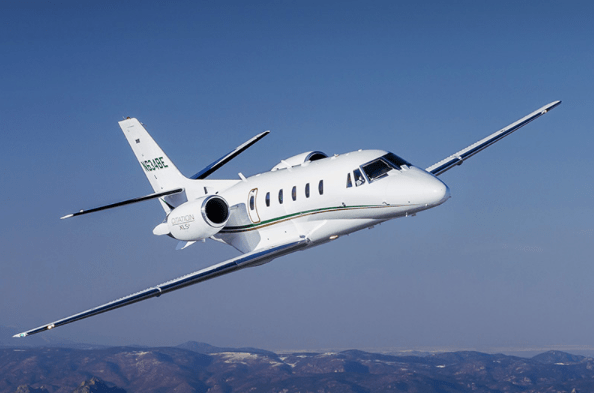 Today, business aviation is about time and efficiency. The old days when luxury was at the top of the list are long gone. The need to reduce costs along with arriving swiftly to destination call for the use of a specific range of aircraft; the light jets. A light jet seats from 6 to 10 passengers and reach their peak in performance, along with justifying its use, when operating short haul flights of no more than 3 hours.

The most booked aircraft in 2017

For Monarch Air Group of Fort Lauderdale, a leading private jet provider, the Cessna Citation XLS was the most booked aircraft during 2017. And there are many reasons why, acknowledges the Executive Director of the South Florida based company David Gitman. “The two main benefits that establish the Citation XLS as our most used aircraft is having one of the shortest takeoff distances within its class (3,560 feet), what opens a wider array of departing and landing sports, and its uniquely quite cabin, thanks to triple-sealed entry door and triple-pane windows”.

The aircraft seats 9 passengers for its standard configuration and has a reach of 2,100 NM, two features that make some consider it a mid-size instead of a light-size jet, as the likes of the Lear 60 or a Hawker 800XP. Furthermore, it has a climb altitude of under 15 minutes and an above average cabin length of 18.7 feet.

Almost 80% of all private flights are two hours or less, a fact that explains that besides the Cessna Citation XLS, the second most booked aircraft at Monarch Air Group is the Citation CJ2, with similar specifications as the XLS, but with slightly less range. “For flights from Miami to New York or from any airport in South Florida to the Caribbean, light jets are the norm thanks to a unique combination of low hourly costs and great comfort and privacy”, states Gitman.

There’s been a peak in demand for lighter jets in the market. And two new players have joined the usual manufacturers in the business aviation realm. The Honda Jet, the US-assembled aircraft from the Japanese company, and the Cirrus Vision from the traditionally piston-engined Cirrus Aircraft, are now in the conversation when referring to this segment. For Honda it’s the result of decades of study and for Cirrus, the creation of its first jet aircraft.

Although considered both as very light business jets, their target audience is quite different mainly due to the price; almost 5 million dollars for the Honda Jet and 2 million for the Vision Jet, the later considered as the cheapest business jet in the market. Whatever the case, both products demonstrate the shifting winds in the private jet market; more accessible, cost effective and functional.

When speaking of this segment, the soon-to-be-delivered Pilatus PC-24 can’t be left out of the mix. The Swiss-made aircraft will offer the same versatility as the PC-12 turboprop version, with the capability to land in almost any runway (paved and unpaved), easy reconfiguration for different uses and its unique freight door. At almost 9 million dollars it can cover 1,800 NM with six passengers.

There will always be space and demand for the Gulfstream G650 and the Global 6000, the gold standard of business aviation, although granting operators, providers and owners with more diversity when choosing and offering a private jet benefits the market as a whole and speeds the addition of new business aviation users.

For more information on chartering the Cessna Citation XLS, price out your flight here for an instant quote.