Monarch Air Group is in a strategic location to offer on-demand private air charter flights from London to Miami. Using our own Ft. Lauderdale based fleet or one of many preapproved vendors, we provide an extensive array of aircraft options tailored towards your budget and itinerary. As an experienced company, our air charter services are guaranteed to be private, efficient, and flexible toward your needs.

Charter a private jet from London to Miami 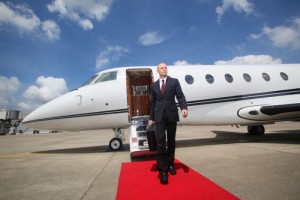 Situated on the southeastern tip of Florida, Miami is the Sunshine State’s epicenter for international commerce, finance, media, entertainment, art, and culture. Having more than eight different accessible airports, Miami serves more than 35 million domestic passengers a year making it the fourth largest urban area in U.S. with a population of 5.5 million people. One of the most densely populated cities in the United States, Miami ranks along with New York City, San Francisco, Boston, Chicago, and Philadelphia in terms population density. Despite the city’s size, in 2008, Forbes Magazine also ranked Miami the #1 cleanest city in America for air quality, green spaces, drinking water, and citywide recycling. Nicknamed the “Capital of Latin America”, downtown Miami is home to the largest concentration of international banks found in the United States. Also, Civic Center, Miami’s Health District, holds the largest number of medical and research facilities in the United States after Houston. The Port of Miami, “Cruise Capital of the World”, ranks as the number one cruise port in the world. With its subtropical savannah climate, Miami remains one of the most popular vacation spots in the world, drawing $17 billion annually through its tourism industry. Whether exploring the nightlife of South Beach, the hipster or fashionista scenes of Wynwood and Design district, the historic hideaways of Coral Cables, or the “Cruise Capital of the World”—there is something for everyone.

To book a flight to Miami, call +1 954 359 0059 for our charter department. For leisure or business, our charter coordinators will be able to assist you in choosing a preferred aircraft to meet your travel needs. For an estimate of what your air charter service may cost, submit your request here to price out your flight instantly.