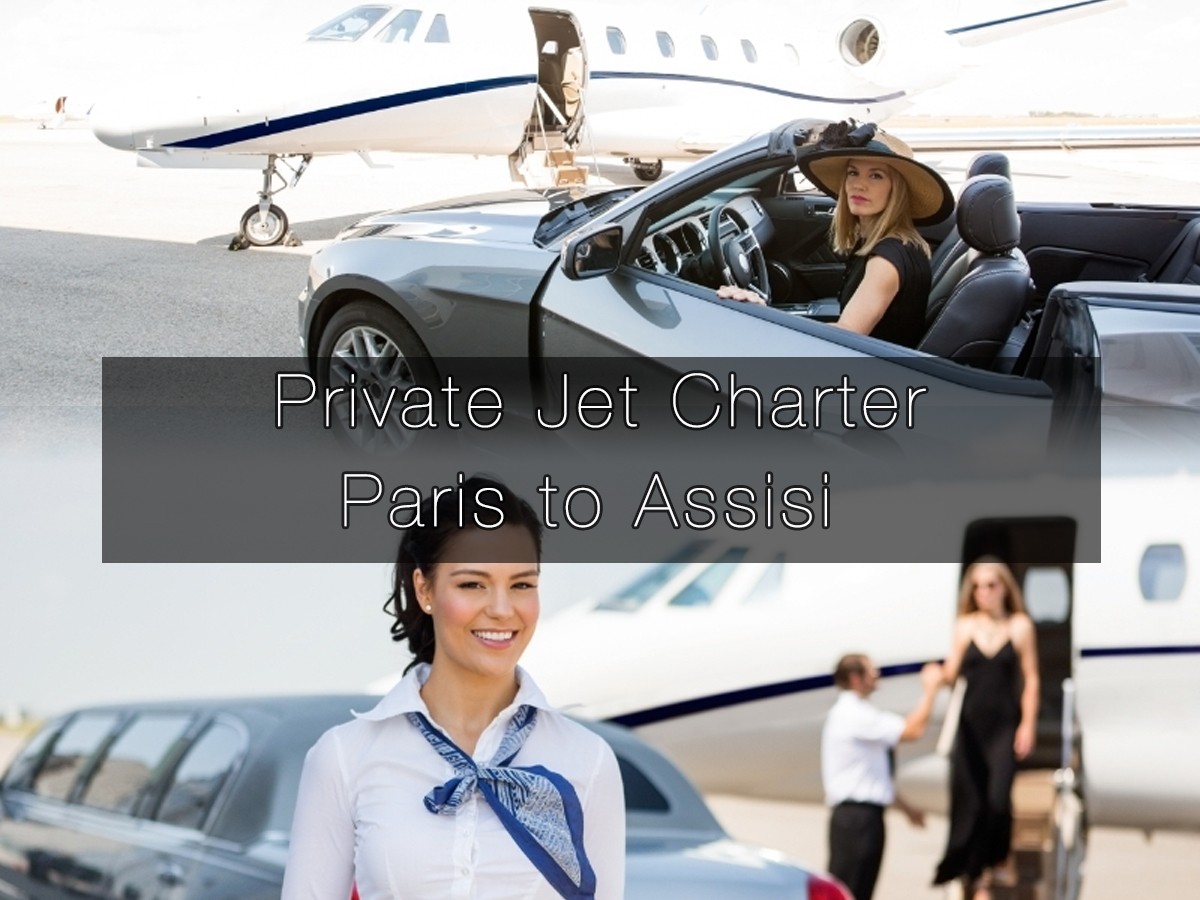 Assisi is a town in central Italy famous for being the birthplace of several saints, including Saint Francis (1181 – 1182), the founder of the Franciscan religious order and patron saint of animals and ecology. Assisi is a popular destination not only because it is the birthplace of saints but also for its religious landmarks and a widely recognized art collection. The town’s landmarks span centuries, from a Roman amphitheater built in the 1st Century AD to the St. Francis Basilica constructed over a period of 25 years following the canonization of St. Francis in 1228.

What Airport Should I Use for My Private Charter Flight from Paris to Assisi?

The Hawker 1000 is a fuel-efficient jet with a spacious cabin typically configured for up to eight passengers. The Hawker 1000 has 100 cubic feet of baggage capacity, ideal for passengers who are planning a short visit or an extended stay in Assisi.

The Dassault Falcon 2000LXS is designed with a wide body and an exceptional range of 4,000 nm (7,410 km). Natural illumination from eighteen large windows and soundproofing technology optimize the private flight experience. The 2000XLS is also equipped with Dassault’s intuitive FalconCabin HD+ cabin management system. The 2000XLS has a baggage capacity of 131 cubic feet.

The Dassault Falcon 50EX has a spacious cabin configured for in-flight meetings or relaxation. The 50EX is equipped with an intuitive Honeywell Ovation Select cabin management system that allows passengers to maximize travel time. The 50EX has a baggage capacity of 115 cubic feet.

The Learjet 60XR’s powerful performance is ideal for passengers who enjoy the timesaving conveniences of smaller airports. The jet also has an impressive climb rate of 6,000 feet per minute and a maximum cruise speed of 461 knots. The 60XR has a baggage capacity of 48 cubic feet.

Light jet options for the private charter route from Paris to Assisi include the Learjet 75, Cessna Citation Ultra and Hawker 400XP.

The economical and fast Learjet 31 can accommodate up to eight passengers. The jet can operate at a cruising speed of Mach 0.80 and a cruising altitude of 43,000 feet. The jet is fully capable of reaching an altitude of 51,000 feet, a distinction shared by only a few civil aircraft. The Learjet 31 has a baggage capacity of 40 cubic feet.

The Cessna Citation Ultra is a cost-effective and versatile aircraft typically configured for up to eight passengers. The jet’s powerful performance includes a climb rate of 4,100 feet per minute, a range of 2,255 miles and a maximum cruising altitude of 45,000 feet. The Citation Ultra has 26 cubic feet of baggage capacity.

The Hawker 400XP is a popular option because of its flat floor design. The oval shape of the cabin interior maximizes usable space and passenger comfort with spacious seating. The 400XP has 53 cubic feet of baggage capacity.

In conclusion, the town of Assisi is one of Italy’s historical gems. A destination celebrated for being the birthplace of St. Francis, Assisi’s landmarks include the Basilica of Saint Francis where the remains of the venerated saint are interred. Your itinerary will be filled with explorations of Assisi’s historic structures built in Gothic, Italian Gothic, Renaissance and Romanesque architectural styles. Some of these structures include centuries-old churches with colorful rose windows and galleries that display priceless frescoes painted by late Medieval painters from the Roman and Tuscan schools, as well as other religious artifacts.