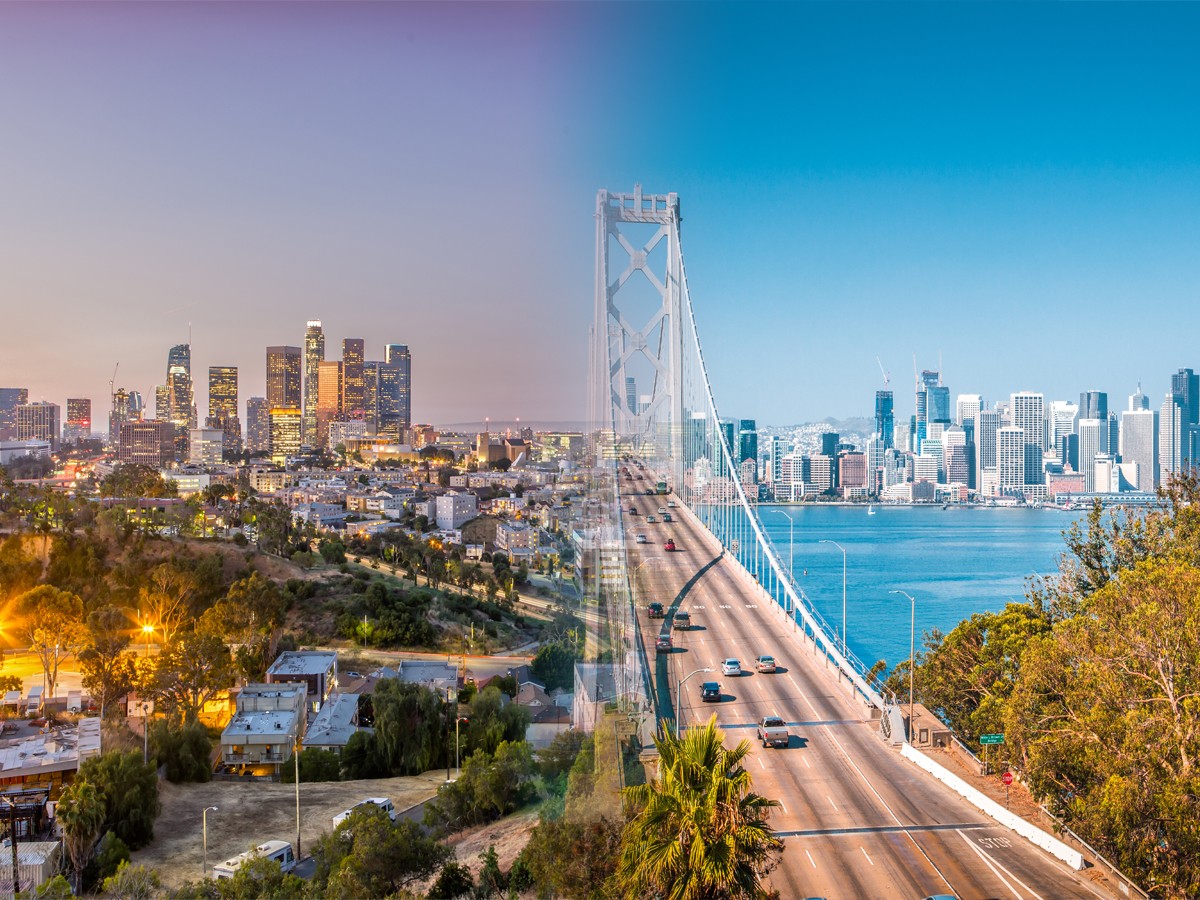 San Francisco was founded in 1776 and named after St. Francis of Assisi by colonists from Spain. San Francisco is known for its world-famous landmarks; the Golden Gate Bridge, Fisherman’s Wharf, Alcatraz Island and the historical 11-mile cable car system that runs from Union Square to Fisherman’s Wharf.

San Francisco is also famous for its cuisine. The city’s modern culinary culture is the result of a combined heritage from countless immigrants who have come to California from all over the world. Together, these immigrants have helped shape this unique melting pot and the blend of culinary dishes that have become synonymous with its name.

Constructed in 1906 by master carver and builder Charles I.D. Loof, the Leroy King Carousel was originally intended for installation in San Francisco. In April that year, the great earthquake struck the city with a magnitude of 7.9 and the carousel ended up at Luna Park in Seattle. A fire devasted the entire park in 1911 but spared the carousel which moved back to San Francisco two years later. After two subsequent moves, the carousel was purchased by the City of San Francisco in 1998. Today, you can find the fully restored carousel at the Children’s Creativity Museum in Yerba Buena Gardens. The carousel’s colorful horses, giraffes, dragons, rams, and gilded chariots delight children of all ages with the playfulness and joyful spirit of the carnival as intended by its master carver.

The Museum of Russian Culture and the Russian Festival

The Museum of Russian Culture in Pacific Heights showcases Russian culture and the lives of notable Americans of Russian descent. The museum focuses on Russian life before the Bolshevik Revolution in 1917. The museum also serves as a valuable resource for Russian scholars with rare periodicals from the pre-Revolution era and documents concerning Siberia and the Far East.

It is unusual for a hot fudge sundae to be considered as an attraction, but not in San Francisco! Ghirardelli Square is a bustling center with retail shops and restaurants and the original site of a chocolate factory established by Domenico “Domingo” Ghirardelli. Born in 1817 in Rapallo, Italy, Ghirardelli’s world travels would eventually lead him to meet James Lick in Peru. After Lick departed Peru for San Francisco in January 1848 with 600 pounds of chocolate, Ghirardelli decided to join him a year later and opened a general store supplying a variety of goods, including mustard, coffee, spices and, of course, chocolate. Visit this historical place for the most decadent ice cream and chocolate brownie sundae on the U.S. West Coast.

What Airport Should I Use for My Private Jet Charter to San Francisco?

Super Midsize jets options include the Cessna Citation Sovereign, Gulfstream G280 and the Hawker 1000. These super midsize jets provide a wide cabin design with ample room to move about, relax or work during the flight and a flat floor design to maximize legroom.

Private jet charter clients enjoy the Sovereign’s speed, comfort and utility with its capability to fly at Mach .75 while delivering a smooth ride. The Citation Sovereign has an excellent takeoff capability and features enhanced digital technology in the cabin for entertainment or productive work.

The Gulfstream G280 features include a range of 3,600 nautical miles and a cabin pressurized to a lower, more easily breathable altitude to help ensure passengers arrive rested and focused on their arrival in San Francisco.

Midsize jet options include options for private charters from Los Angeles to San Francisco include the Gulfstream G150, Hawker 850XP and the Learjet 60XR.

The Gulfstream G150 is one of the fastest midsize jets available with a range of 2,950 nautical miles. Charter clients enjoy the thoughtfully configured club seating layout with two forward-facing seats in the rear of the cabin.

The Hawker 850XP’s performance is based on its design to climb faster, go farther and perform better than its predecessor. This jet represents the ultimate combination of performance and utility of the midsize class.

Private jets charterers select the Learjet 60XR for its combination of the best of technology and comfort. This powerful midsize jet can climb at 6,000 feet per minute, a perfect selection for departures from the airports dotted around Los Angeles.

All midsize jets typically seat up to 9 passengers and digital entertainment, a galley and Wi-Fi for in-flight entertainment.

Popular light jet choices for this charter route include two top-performing Embraer jets, the Phenom 100E and Phenom 300, and the Learjet 75.

Embraer’s Phenom 100E delivers an efficient performance for charter flights between Los Angeles to San Francisco. The Phenom 100E is considered one of the best choices for in its category and it features one of the largest baggage compartments in its class.

Embraer’s Phenom 300 has a design that optimizes the luxuries of flying private. Its elegant cabin features comfortable seating configured for productive meetings or relaxation.

The Learjet 75 is configured for speed, utility and comfort. The Learjet 75 design optimizes features private jet clients seek with one of the most spacious cabins in the Learjet family.

In conclusion, San Francisco is a melting pot of influences from immigrants who have come to San Francisco from around the world. The city’s modern culinary culture reflects its history and with a diverse selection of seafood and dishes that reflect the many cultures that call the city home. From the Golden Gate Bridge, Fisherman’s Wharf to Union Square, visitors enjoy year-round California sunshine and hospitality that brings them back year after year.