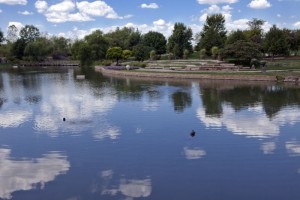 Overland Park is a city in northeastern Kansas, southwest of Kansas City. With the population of about 173,372 people, it is the 2nd most populous city in Kansas. In 2010, Overland Park was rated by Money Magazine as the 7th best city to live in the United States. The most popular tourist attractions include Overland Park Arboretum and Botanical Gardens, Deanna Rose Children’s Farmstead, Indian Creek Greenway, Overland Park Farmers Market, Overland Park Convention Center, Glenwood Arts Theatre, and some others.

The nearest airport is Kansas City International Airport (MCI / KMCI), which is located 28 miles from the center of Overland Park.