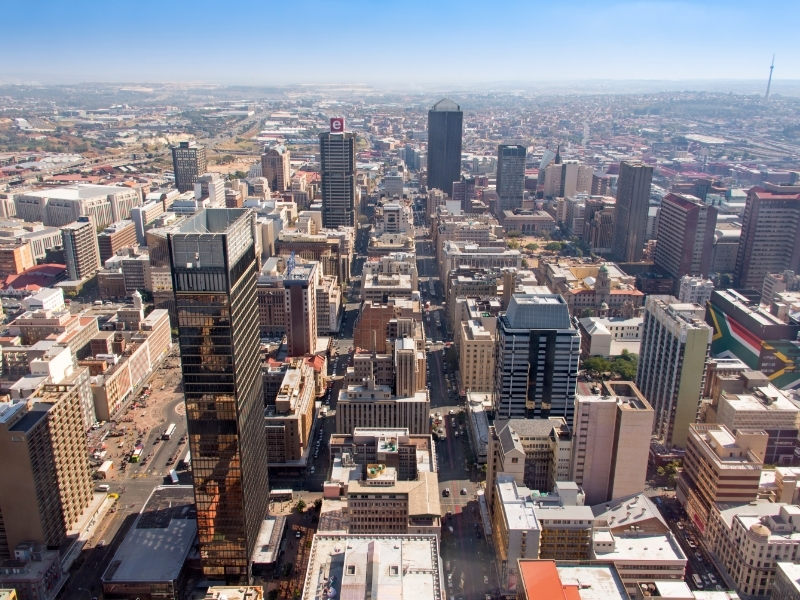 Known as the City of Gold, or Joburg, Johannesburg is South Africa’s biggest city with more than 5.7 million residents. The city’s population growth began in 1886 when it was founded after an Australian prospector discovered gold in the Witwatersrand. The discovery resulted in a gold rush that brought people to Johannesburg from all over the world.

Once the home of one of South Africa’s most famous leaders, Nelson Mandela’s former residence is now a museum and one of Johannesburg’s most visited attractions. Other popular museums include the Apartheid Museum and Constitution Hill. In 2004, ten years after South Africa became a democracy, the new Constitutional Court was inaugurated at Constitution Hill.

Another popular attraction, The Origins Centre Museum, provides visitors with a look back in time at the earliest images made by humans, found in South Africa. The museum depicts the extraordinary human journey through time with the development of art, symbolism and technology.

Johannesburg’s Vilakazi Street is lined with sights and sounds of everyday life in the city. The street is also a gathering place for artists, including traditional dancers and musicians. A trip to the nearby world-renowned Kruger National Park is an opportunity to observe and learn about the diversity of Africa’s wildlife. The park is home to the big five (buffalo, elephant, leopard, lion and rhino), including 147 species of mammals and more than 500 species of birds. An unforgettable African Safari experience awaits travelers with serene views of the Nwatsitswonto riverbed and wide-open expanse of the African plains.

Airports within 70 miles For Private Jets to Johannesburg