Charter a private jet in Dayton 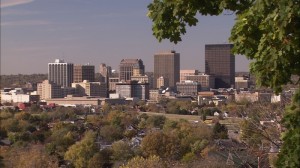 Dayton is the 6th largest city in western Ohio with a population of about 141,527 people. It was the home of aviation pioneers Orville and Wilbur Wright and is still a centre of aerospace research. In 2010, the city was named as one of the best places in the USA for college graduates to find a job. The most popular points of interest are National Museum of the U.S. Air Force, Benjamin & Marian Schuster Performing Arts Center, Carillon Historical Park, Dayton Art Institute, Dayton Aviation Heritage National Historical Park, Victoria Theater, and much more.

The city is served by Dayton International Airport (DAY / KDAY), which is located 13 miles from the center of Dayton.