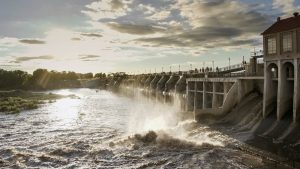 The prominent bedroom community, Yukon is part of the Oklahoma City Metropolitan Area as well as a suburb of Oklahoma City. It is a dynamic city that lies within Canadian County and is home to over 22,709 people. The city boasts a long history and was founded in 1891, making it an interesting place for history buffs and those who love a small-town feel without sacrificing the big city amenities.

Yukon has a plethora of recreational activities and hosts the Chisholm Trail Festival and the Czech Festival. If you want to experience Czech culture, heritage, and customs, without leaving the country, Yukon is the perfect place to visit.

Will Rogers World Airport is the closest major airport to Yukon, which is located 16 miles from the city center and serves domestic flights.