Charter a private jet in Yonkers 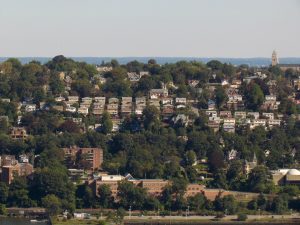 Yonkers is an industrial city in southeastern New York, on the Hudson River, north of the Bronx in New York City. With a population of about 195,976 people, it is the 4th most populous city in New York, and the most populated city in Westchester County. The most notable places of interest include the Hudson River Museum, the Science Barge, the Sherwood House, Cross County Shopping Center, Yonkers Raceway, and Ridge Hill Shopping Center.