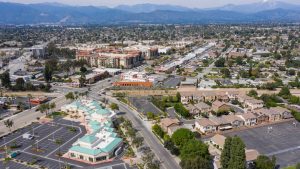 West Covina is a city in southwestern California, east of Los Angeles. The population of the city is about 106,098 people. The most popular tourist attractions include Chinese American Museum, Bunny Museum, Chino Hills State Park, Raging Waters, Skyscraper Brewing, and many others.