Charter a private jet in Tashkent 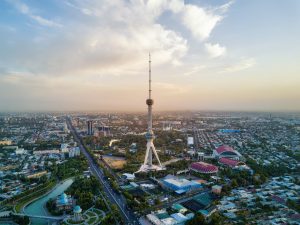 Tashkent is a large city in Uzbekistan, the capital with a population of about 2.6 million people. The large-scale town with centuries of history will surprise visitors with its unique modern appearance. According to scientists, the age of the ancient city is more than two thousand years. During its long history, Tashkent has changed a lot of names, since ancient times it was considered the most important trade center. The caravan routes passing through the city contributed to its rapid development and strengthening. Because of its favorable location, the city was constantly at the mercy of foreign invaders.

The destroyed part of Tashkent was quickly restored and rebuilt; today, in terms of infrastructure development and its unique look, Tashkent is not inferior to modern European megapolises. At the same time, the city has managed to preserve the unique charm of the past years. One of the main features of Tashkent is an abundance of colorful Oriental bazaars, walks through which are incredibly popular among the city guests. Exploring the attractions of Tashkent will appeal to those who love unusual excursions. Among the highlights are the Chorsu Bazaar, the Moyie Mubarek Library Museum, the History Museum, and the State Fine Arts Museum.

The city has three major airports, for private charter flights to and from Tashkent, the best is Islam Karimov Tashkent International Airport (TAS / UTT).