Charter a private jet in Sydney: 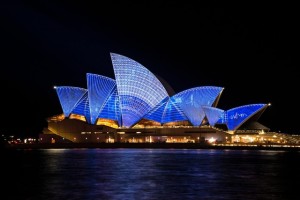 Situated on the east coast of Australia, Sydney is the most populous Australian city and the New South Wales’ state capital. The area of this metropolitan city is lined with the Blue Mountains from the west and its territory and occupies the world biggest natural harbor. Sydney is one of the most multicultural and multinational cities in the world, thus more than 250 various languages are spoken in Sydney.

Sydney is a cultural, historical and educational center of the country. The most popular attractions include Sydney Theatre, the Wharf Theatre, the Royal Easter Show, the Australian Fashion Week, the city`s New Year’s Eve, Big Day Out, City Recital Hall and Sydney Opera House.

Sydney is served by Sydney Kingsford-Smith International Airport that offers domestic and international flights and is located 13 miles from the city center in the southern Mascot’s suburb.