Charter a private jet in Sunnyvale 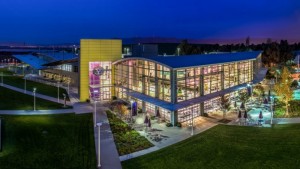 Sunnyvale is a city in north central California and one of the technological centers of Silicon Valley. With the population of about 140,095 people, it is the 7th most populous city in the San Francisco Bay Area. Sunnyvale is a home to such high-tech companies as Juniper Networks, Maxim Integrated Products, Fortinet, AMD, Palm, Inc., NetApp, Yahoo!, Spansion, AppliedMicro and Arib. It is also a home to Onizuka Air Force Station, where its main building renowned as the Blue Cube, is its most outstanding feature. The most popular tourist attractions include Chocolatier Desiree, Rooster T Feathers Comedy Club, Golfland USA, Sunnyvale Heritage Park Museum, Baylands Park, The Lace Museum, and some others.