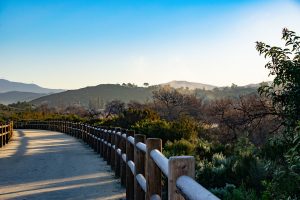 Situated in eastern San Diego County, 18 miles from the Pacific Ocean, Santee is one of the largest cities in the county and a suburb of San Diego, with a total population of about 56,000 residents. Due to its close proximity to refreshing lakes and gently rolling hills, Santee is a popular getaway destination that offers unparalleled landscapes. Santee boasts a growing economy, low crime rate, high quality of life, huge business opportunities, and entertainment activities, making it the perfect place to live and vacation.