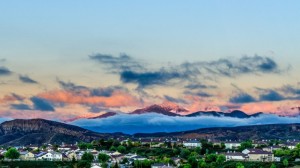 Santa Clarita is a city in southwestern California, northwest of Los Angeles. It is the 3rd largest city in Los Angeles County and the 24th largest city in the state of California. The population of the city is about 201,341 people. The total area is 52.8 square miles. In 2006, Santa Clarita was ranked by Money magazine as number 18 of the top 100 places to live. The most notable points of interest include Mountasia Family Fun Center, Robinson Ranch Golf Club, The Gentle Barn, Sky City Bounce House, Gibbon Conservation Center, St. Francis Dam-Ruins of Collapsed Dam, and some others.