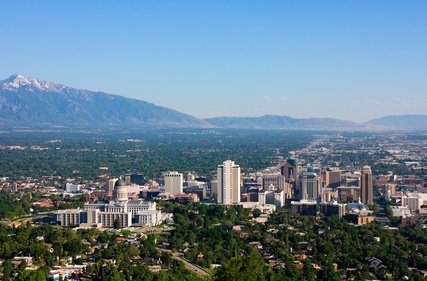 With population more than 1.6 million people, Salt Lake City is both the biggest city and capital of Utah. It is the political and financial center that was founded in 1847.

Salt Lake City has plenty of historical and cultural landmarks such as the junction of the first transcontinental railroad, Episcopal Cathedrals, Roman Catholic, and Greek Orthodox, Fort Douglas, and the Twin Peaks. Salt Lake City is the home to several oil refineries. Located in a valley beneath the Wasatch Mountains, the city has a great location for ski resorts, hiking, mountain biking trails, camping, rock-climbing, fishing, and boating.

Salt Lake City can offer its visitors a great number of cultural activities including the Sundance Film Festival and a couple of entertainment parks.