Charter a private jet in Richmond: 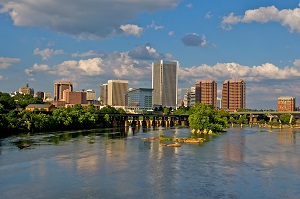 Located on the James River about 100 miles south of Washington D.C. Richmond is the capital of the Virginian state. Due to its central location Richmond is a perfect place for daytrips, historic and beaches sites, mountain visits. Nowadays Richmond is a prosperous city that offers a variety of business, educational cultural possibilities.

The most popular tourist attractions are Richmond National Battlefield Park, the James River, St. John’s Church, Hollywood Cemetery, Monument Avenue and the Museum of the Confederacy.