Charter a private jet in Raleigh 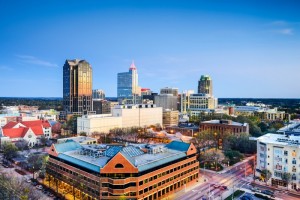 Often called “the City of Oaks”, Raleigh is the capital of the state of North Carolina. In 2008 Raleigh had over 400,000 people and was ranked the second most populated city in North Carolina and fastest growing city in the United States. Being one of the United State’s best high-tech and bio-tech research foundations, Raleigh’s industry is mainly based around medical, electrical, and telecommunication development. In 2009, WomenCo magazine on their list for best cities to start or grow your career rated Raleigh #5. Raleigh has something to offer both tourists and families. There are the 1st published U.S.newspaper, the J.C.Raulstom Arboretum Botanical gardens, many visual arts centers and museums.