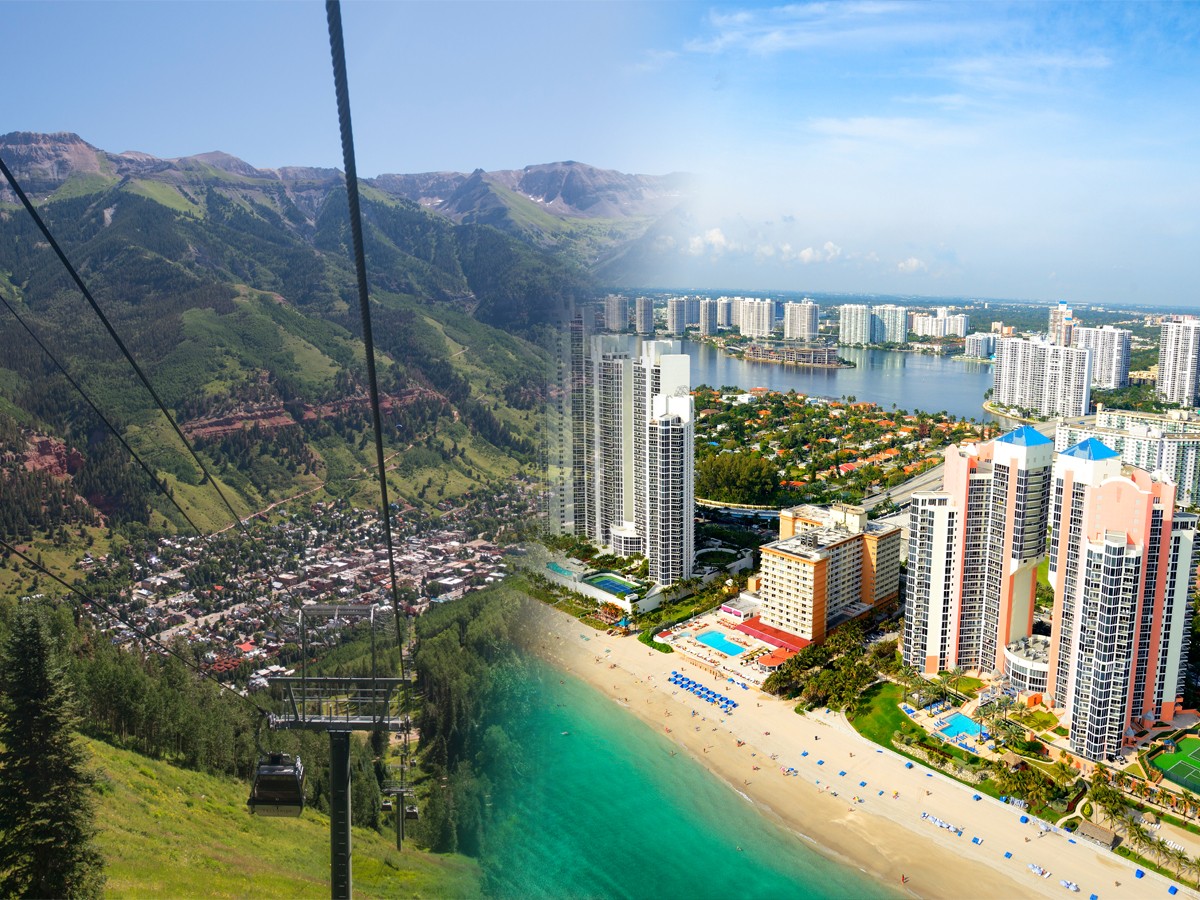 South Florida by Private Jet: Miami is a Family Destination for Beaches, Museums and Award-winning Parks

The Coral Castle Museum is a unique attraction built from the imagination of Edward Leedskalnin between 1923 and 1951 with handmade tools. No one knows how he managed to build the limestone structures because he kept his methods private and wouldn’t allow anyone to watch him work. He would only say that he knew the secrets used to build the ancient pyramids and if he could learn them, you could too. Carved over 28 years, the collection of work at Coral Castle includes a mysterious limestone gate that weighs 9 tons but can be opened with the touch of a finger, a Polaris telescope and functioning rocking chairs – all made entirely of stone.

Nestled on the Miami coast amidst lush tropical grounds, the 1920s-era Deering Estate at Cutler was built by Charles Deering. The estate preserves an exuberant time in American culture when people defied Prohibition and took part in new dress and dance styles. From Chicago, Deering was an industrialist, conservationist, environmentalist, art collector, philanthropist and first chairman of the International Harvester Company. The architectural style of Deering’s estate is Mediterranean Revival, a style popular with the upper class at the turn of the century because it reflects the grandeur of Spanish Renaissance seaside villas and other styles used in Spanish Colonial, Venetian Gothic and Italian Renaissance architecture.

This lush tropical oasis of The Kampong Plant Collections on Biscayne Bay in Coconut Grove began as a personal scientific interest of Dr. David Fairchild in botanical species of Southeast Asia, Central and the South Americas. Still studied today by scientists from around the world, the Kampong Plant Collections include a diverse range of species including fruits, palms, flowering trees, aroids and bamboo.

What Airport Should I Use for My Private Charter to Miami?

Fort Lauderdale–Hollywood International Airport (FLL) is the main airport that serves Fort Lauderdale. The airport is located 26 miles from Miami.

Pompano Beach Airpark (PMP) is located one mile northeast of the central business district of Pompano Beach, 37 miles from Miami.

Heavy jet options, including the Bombardier Global 6000, Dassault Falcon 7x and the Embraer Lineage 1000E are popular selections for the route between Telluride and Miami. Heavy jets have unmatched versatility with the ability to carry up to 19 passengers in comfort.

At a cruise speed of 564 miles per hour, the Bombardier Global 6000 can fly high above that of most commercial airliners, with a ceiling of 51,000 feet. The placement of windows on the fuselage maximizes natural light in the cabin, greatly enhancing the interior design aesthetics. The jet has a range of 6,000 nautical miles and a baggage capacity of 410 cubic feet, including 110 cubic feet of internal baggage storage.

The Dassault Falcon 7x is a large-cabin, triple-engine, long-range business jet manufactured by the French-based Dassault Aviation. With a capacity to carry up to 18 passengers, the Falcon 7x cabin is one of the most comfortable available. The cabin is separated into three zones with convenient controls for temperature, lighting and entertainment. The Falcon 7x has a range of 6,586 miles and a baggage capacity of 131 cubic feet.

With the ability to configure the cabin from dozens of options, the Embraer Lineage 1000E is considered by the company as an “ultra-large” business jet. This is a suitable jet for charter clients with large families. The Embraer Lineage 100E has a flight range of 4,200 miles and a baggage capacity of 443 cubic feet.

Super Midsize jets such as the Cessna Citation Sovereign, Dassault Falcon 50EX and the Gulfstream G280 offer passengers a comfortable flight to Telluride.

The Cessna’s Citation Sovereign offers speed and comfort with its capability to fly at Mach .75 while delivering a smooth ride to Telluride.

Dassault’s Falcon 50EX has a top speed of 569 mph and plenty of space for collaborative meetings or relaxation. The cabin configuration has a club seating arrangement and a separate area with a three-seat divan.

Popular features of the Gulfstream G280 include a range of 3,600 nautical miles and a cabin pressurized to a lower, more easily breathable altitude to help ensure passengers arrive in Miami rested.

In conclusion, private jet travelers who spend time in Miami enjoy the city’s vibrant culture and family friendly attractions. The city is known for its iconic building styles including Art Deco, Mediterranean Revival and Miami Modern. Popular family activities in Miami include a walk in Bicentennial Park along Biscayne Bay with a view of the cruise ships, Coral Castle, Miami Children’s Museum, Miami Seaquarium and exploring the city’s renown tropical gardens, including The Kampong, National Tropical Botanical Garden. Relax and unwind in the evenings at South Beach while enjoying the ambiance of an ocean view and restaurants that celebrate Miami’s cultural influences, especially Cuban cuisine.

A professional charter coordinator will ensure your privately chartered flight to Miami is flawless, from a spacious cabin with zones configured with ultra-comfortable seating, flight attendant service, digital entertainment options with an intuitive cabin management system and plenty of baggage space that can be conveniently accessed during flight. Private jet charters are available to suit your travel requirements, including seamless transportation to and from the airport, all arranged for you by a professional charter agent.