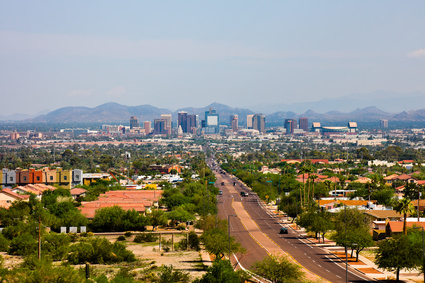 Monarch Air Group offers private jet charter services to and from Phoenix, AZ, USA. Phoenix is the largest city of the US, the state of Arizona, as well as the fifth most populated city. The population of the Phoenix is over 1,500,000 people. It is business, cultural and entertainment centre. Every year many people visit the Arizona Opera and the Ballet Arizona at the Phoenix Symphony Hall.

There are a lot of museums and galleries, huge goal courses, magnificent spas, the enormous Sonoran Desert. The best way to know Phoenix is to visit it.