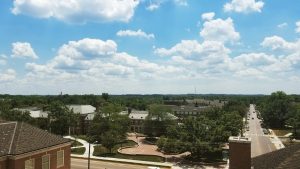 With a population of about 21,351 people, Oxford is a popular among students city nestled in Butler County. The city is located in Oxford Township, north-west of Cincinnati, and the site of Miami University. Apart from offering diverse and high-quality education, Oxford boasts some incredible career opportunities as well as abundant entertainment options. Forbes once named Oxford as the “Best College Town” in the country.