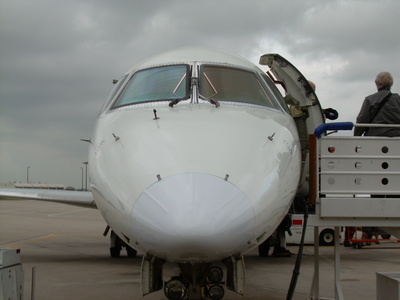 Monarch Air Group provides private aviation services in and out of Orlando, Florida.

Orlando is accessible by more than 28 airports, which are located within 50 miles of the city itself. The major airports for private jet charters in Orlando are Orlando Executive Airport (ORL), Orlando International Airport (MCO), and Kissimmee Gateway Airport (ISM). The most popular aircraft types include turbo props (King Air 200, King Air C90), super light jets (Learjet 40), light jets (Premier 1, Learjet 31A, and Beechjet 400A), super midsize jets (Gulfstream G200, Falcon 50, and Challenger 300), midsize jets (Hawker 800XP, Learjet 55), and large jets (Gulfstream IV, Challenger 604, Falcon 900B, and Falcon 900EX Easy). Besides ultra long range jets such as the Gulfstream G500 and the Global 5000, and VIP airliners such as the Boeing Business Jet and the Embraer 135 Business Jet.

About Orlando and Places to See

Known for the famous Walt Disney World theme park, Orlando is one of the main cities in the state of Florida. It is located right in the middle of its state being a waypoint and great work location for both the east and west coast of Florida. While visiting Orlando be sure to see one of its five theme parks, experience a night on Orange Ave, City Walk and Treasure Island, and if you are going to relax you may head over to Cocoa Beach, where the Kennedy Space Center is situated.