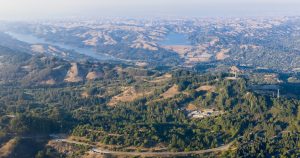 Once the second most friendly city in the United States, Orinda lies within Contra Costa County and has an estimated population of around 19,470 residents. Situated east of Berkeley, Orinda provides an easy access to the city’s nearest attractions and a host of the big city opportunities. Many people choose to live in Orinda because of its breathtaking landscape, friendly community, and quality living. It’s one of the most favorite destinations of naturalists and hikers.