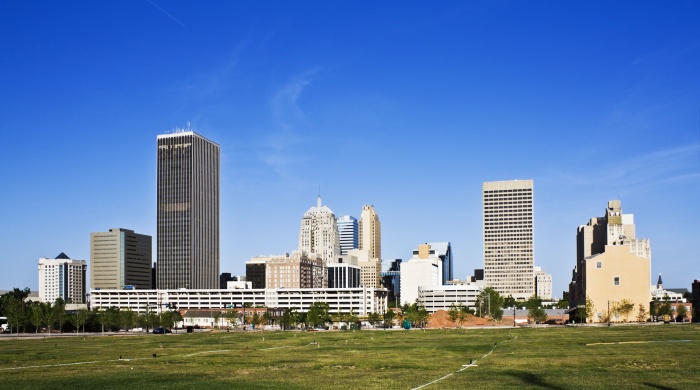 Oklahoma City is the largest city and the capital of the Oklahoma state. With a population of 631,346 people, it is the 27th most populous city in the United States. The city is known for its thriving nightlife with popular spots for drinks, music, and dancing in the Western Avenue area, Bricktown Entertainment District, and the Paseo Arts District.

Oklahoma City is a famous culture and art center in the state. The city is home to the Oklahoma City Museum of Art, Civic Center Music Hall, Science Museum Oklahoma, Museum of Osteology, National Cowboy & Western Heritage Museum and Hall of Great Western Performers. Other major tourist attractions are the Oklahoma City Zoo, Chickasaw Bricktown Ballpark, Myriad Botanical Gardens, and Chesapeake Energy Arena, among the others.

Oklahoma City is served by Will Rogers World Airport, which is situated 10 miles from the city center and provides domestic flights.