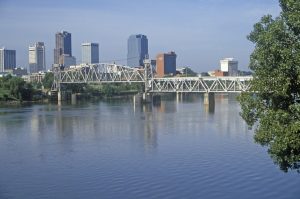 Located in Pulaski County, North Little Rock is a beautiful city in the state of Arkansas, with a population of around 63,000 people. It is known for its breathtaking nature, fun entertainment opportunities, and friendly people. North Little Rock is home to the Burns Park, which is situated in western North Little Rock and is one of the country’s biggest municipal parks worth visiting.

North Little Rock is served by Bill and Hillary Clinton National Airport/Adams Field, which is located 8 miles from the city center and provides domestic flights.