Charter a private jet in Norman 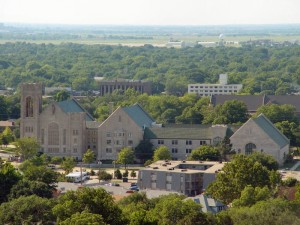 Norman is a city in central Oklahoma, south of Oklahoma City. With a population of about 110 925 people, Norman is the 3rd-largest city in Oklahoma and the 235th-largest city in the USA. The city of Norman serves also as the county seat of Cleveland County. There is the University of Oklahoma, state’s largest university with about 30,000 students. In 2008 Norman was ranked by CNN/Money Magazine as the 6th best small city within the US to live in.

The most popular tourist attractions are Sam Noble Oklahoma Museum of Natural History, Fred Jones Jr. Museum of Art, Griffin Community Park Sports Complex, and some others. The nearest airport is Will Rogers World Airport (OKC / KOKC), which is located 23 miles from Norman.