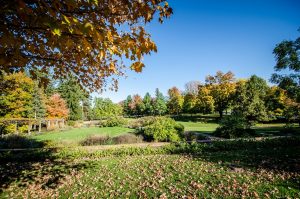 Some of the most-visited tourist attractions in Minnetonka include the Ridgedale Center, The Marsh, General Store of Minnetonka, Big Thrill Factory, and Bunker Indoor Golf Center, along with 49 community parks. The city hosts the Summer Festival and Burwell House Festival.

The nearest major airport to Minnetonka is Minneapolis-Saint Paul International Airport, which is located 18 miles from the city center and serves both domestic and international flights.