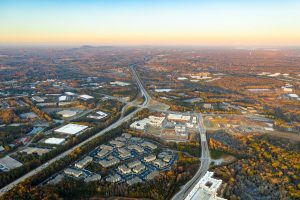 Hartsfield-Jackson Atlanta International Airport is the closest major airport to Milton, which is situated 44 miles from the city center and provides both international and domestic flights.