Charter a private jet in Mesa 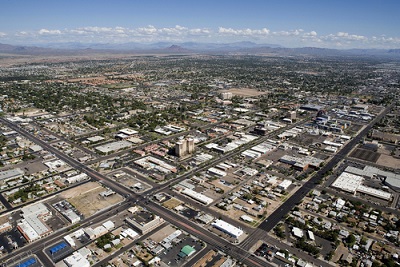 Mesa is the city of the US state of Arizona and the county seat of Maricopa County.

It’s located in approximately 20 miles east of Phoenix. Being the East Valley section of the Phoenix Metropolitan Area, Mesa is bordered by the Salt River Pima-Maricopa Indian Community on the north, Tempe on the west, Apache Junction on the east and Chandler and Gilbert on the south.

The third-largest city in Arizona, after Tucson and Phoenix, the 38th-largest city in the US, Mesa, has population 439,041 as for 2010 population census, making its population larger than more discernible cities such as Miami, Atlanta, St.Louis, Minneapolis, and Cleveland. Mesa is birthplace of the Polytechnic campus of Arizona State University.