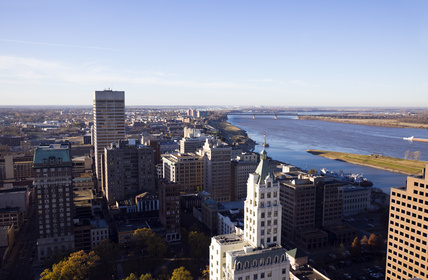 Monarch Air Group offers private jet charter services to and from Memphis, TN, USA. Memphis is the largest city in the state of Tennessee, located south of the confluence of the Wolf and Mississippi rivers.

The rich cultural heritage of Memphis emanates its pure energy attracting visitors from different countries. Memphis is a home to the Blues and the Rock and Roll. It is also a home to such legendary artists as Elvis Presley,B.B. King, and John Lee Hooker and even the invention of square line dancing.