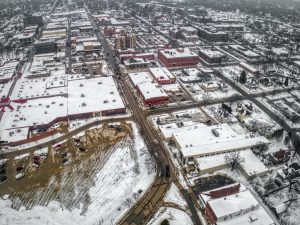 Known as the “River City,” Mason City is the county seat of and a city in Cerro Gordo County, with a total population of about 28,000 residents. The city is famous for its incredible musical heritage and a diverse economy mainly based on education, technology, financial services, health, and manufacturing.