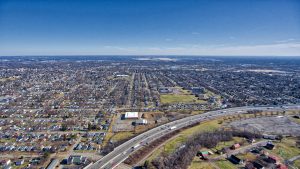 Marysville is the county seat of and a city in Union County, with an estimated population of about 22,051 people. The city is proud of its historic architecture, awesome landmarks, thriving economy, and quality education. It is home to many businesses and attractions, including the Aldersgate Park, Historic Union County Courthouse, Upground Reservoir, and Honda Heritage Center, among the others.