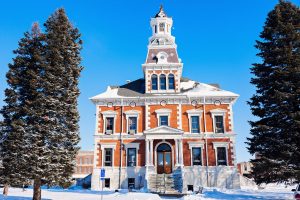 Nestled southwest of Galesburg, in the western portion of Illinois, Macomb is the county seat of and a city in McDonough County, with a population of about 18,352 residents. The city was incorporated in 1830 and is noted for its rich historical heritage and landmarks. Macomb lies south of the Quad Cities and southwest of the city of Peoria. The Western Illinois University is in Macomb as well.

The most prominent places of interest in Macomb include the Starry Night Repertory Theatre, Macomb Community Theater, Western Illinois Museum, University Art Gallery Museum, Geology Museum, and others. The city also hosts a number of special events, such as the Festival of Trees and the Macomb Balloon Rally.