Charter a private jet in Lowell 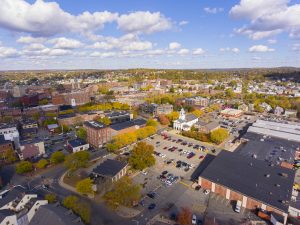 Lowell is a city in northeastern Massachusetts, on the Concord and Merrimack rivers. After 1822 it was developed as a planned industrial community based on textile manufacturing. With a population of 106,519 people Lowell is the fourth-largest city in the state. The most popular points of interest include Lowell National Historical Park, Yorick Building, The Acre, Lowell-Dracut-Tyngsboro State Forest, The Worthen House, Brush Art Gallery and Studios, Whistler House Museum of Art, and much more.