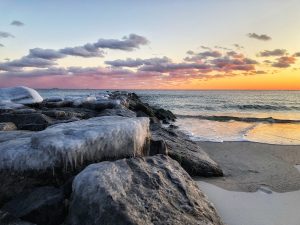 Nestled on Long Beach Barrier Island, south of Long Island, Long Beach is a popular tourist destination in New York and a vibrant city in Nassau County. The city is home to over 33,275 people and provides a luxurious lifestyle for everyone who chooses to live or spend a vacation in Long Beach.

Surrounded by the Atlantic Ocean and Reynolds Channel, Long Beach boasts fascinating beaches, an abundance of water activities, and tons of recreation opportunities. There are many historic districts and places, breathtaking landmarks, top-notch museums, and well-kept neighborhoods.