Monarch Air Group provides private air charter in Liverpool, UK. Our clients benefit from top-notch service, unrelenting dedication to safety, a wide selection of aircraft, and years of experience in chartering private jets. To obtain a free quote, please use our online quoting tool provided below, or call toll-free at 1-877-281-3051. 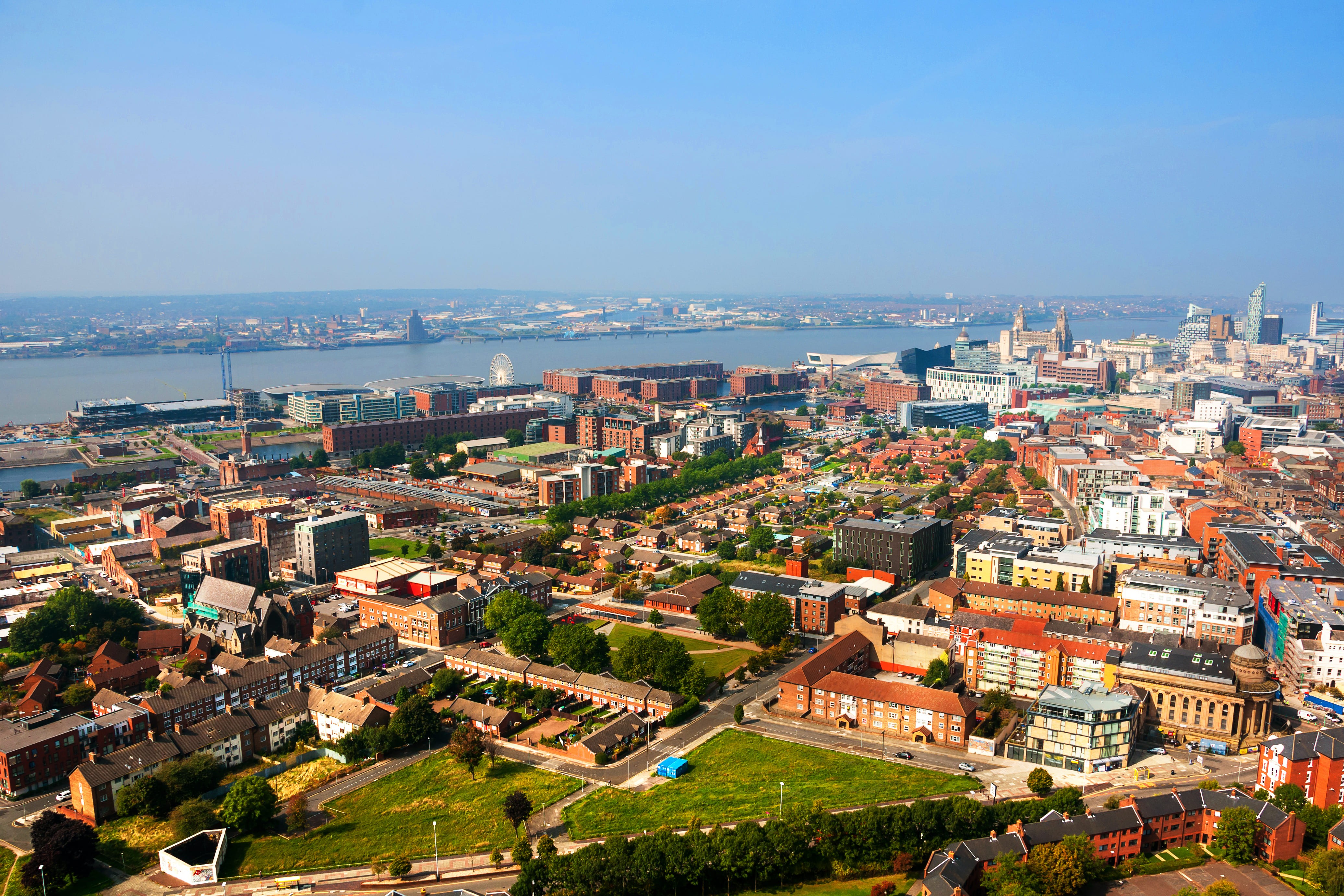 Being known as a cultural center, Liverpool was awarded the title of European Capital of Culture 2008, with the renowned Pier Head Waterfront being a UNESCO World Heritage Site since 2004. Situated at the east side of the mouth of the River Mersey, Liverpool is a city and metropolitan borough in North West England, United Kingdom. It has been one of the country’s major seaports and a trading center of shipbuilding, engineering, and trade for centuries.

One of Britain’s fastest-growing cities, Liverpool, offers important maritime history, great cultural heritage, unique attractions, and vibrant nightlife. The most famous places of interest include the Hall of St. George, the Liverpool Metropolitan Cathedral, the Royal Liver Building, the Albert Dock, the Museum of Liverpool Life, the Empire Theatre, the Merseyside Maritime Museum, the Tate Liverpool, and the Town Hall.

Liverpool is the birthplace of numerous popular musicians, including Echo&the Bunnymen, the Beatles, Frankie Goes to Hollywood, Gerry&the Pacemakers, and many more. The famous Grand National Horse Race is held in Aintree in April of each year. The cosmopolitan and dynamic city of Liverpool welcomes visitors from all over the world, whether for business or leisure travel. Liverpool is served by Liverpool John Lennon Airport, located 12 km south of Liverpool’s city center.