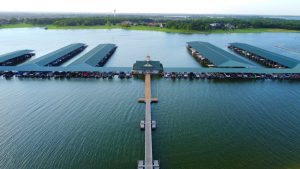 Once a hidden treasure of Texas, Little Elm is a popular getaway destination in the Dallas-Fort Worth region and the state. Located in Denton County, Little Elm is an extended suburb of Dallas and a city in the Dallas-Fort Worth Metroplex, with a population of about 26,000 people. It is one of the fastest growing municipalities in the state that is known for its Lewisville Lake and all the spectacular views it offers.