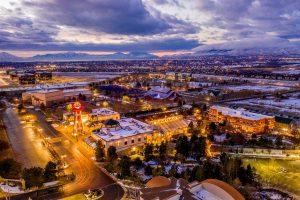 Located in Utah County, Lehi is the sixth oldest city in Utah and the fifth fastest growing city in the country. It is an important commercial and technology center along the Wasatch Front and is home to about 60,000 people. Lehi boasts the Thanksgiving Point, which features beautiful botanical gardens, museums, restaurants, and diverse shopping and entertainment activities. The city is also home to a few famous companies, such as Microsoft, Adobe, Oracle, I.M. Flash, Xango, Vivint, and Xactware.

Some of the most prominent points of interest in Lehi include the North American Museum of Ancient Life, John Hutchings Museum of Natural History, Outlets at Traverse Mountain, Museum of Natural Curiosity, Utah Lake, and Lehi Roller Mills, among the others.