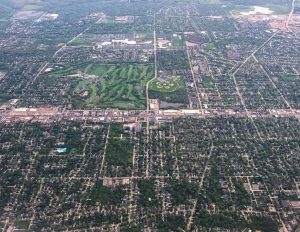 The southern suburb of the city of Chicago, Lansing a scenic village providing the first-class conveniences of a suburban living. The village lies in Cook County and has an estimated population of about 28,086 people. Lansing offers the outstanding level of education, numerous employment options, and a variety of the facilities.