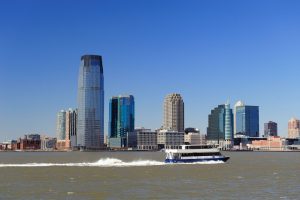 Located in Hudson County, on the Hudson Waterfront, Hoboken is a growing city in and part of the New York Metropolitan Area, with a population of over 50,000 residents. The city is best renowned for being the birthplace and hometown of Frank Sinatra as well as the birthplace of baseball.

Hoboken is also home to the Stevens Institute of Technology and hosts a number of annual events, such as the Hoboken Comedy Festival, Frank Sinatra Idol Contest, Hoboken International Film Festival, Hoboken House Tour, Hoboken Arts and Music Festival, and many others. The Hoboken Historical Museum, Hoboken Waterfront Walkway, New York Harbor JetSki Tours and Pier A Park are among the most popular tourist attractions of the city.